As we begin to emerge, slowly and cautiously, from the pandemic of 2020/2021, please keep your alma mater, Wilson College, in mind.  It has weathered the storm, and looks as beautiful as ever, but the challenges of the pandemic have extracted their toll, and Wilson needs your support now more than ever.

Wilson is comfortingly familiar in so many ways, but new and fresh in so many other ways.  We have a wonderful new President in Wesley R. Fugate, and a new Vice President for Institutional Advancement, Angela Zimmann. The students you will meet on campus today are no less enthusiastic about Wilson than you were.  The energy level on campus is as high as ever.

Campus itself looks much as it did in years past, but there are wonderful differences. When you visit, you no longer enter at the bend in Philadelphia Avenue.  You now enter at the Park Avenue intersection past the bend in Philadelphia Avenue, and you enter with a view of an academic quad, a beautiful green space that links the John Stewart Memorial Library and Warfield Hall to the Harry R. Brooks Science Complex, Lortz Hall and the Breakefield Veterinary Education Center.  This entrance puts you on the familiar loop road through campus, past buildings you will recognize, but they have changed.  The Library, in particular, is now a campus hub, as is Lenfest Commons outside the dining room. The dining room is undergoing a major refresh right now thanks to the generosity of the Class of 2021. The Hankey Center, once the home of Wilson’s president, now contains the archives, of course, but it also actively interprets the contents of the archival material and connects the story of Wilson and its people to events and developments in the world at large.  You will find the gym and our nationally-ranked Fulton Farm back there, too, and Penn Hall Equestrian Center.  Our excellent nursing program is housed in the area that was once the lounge and connecting areas of Disert and Rosenkrans Halls.

How can you support Wilson and make a difference? Of course, please support the Wilson Fund. Help today’s students, if you can, with contributions to the Silver Lining Fund or the Internship Fund, or connect with them, as a mentor, the host of an internship, or as an Aunt Sarah or Uncle Wilson.  If you are in the neighborhood, perhaps drop off a bag of groceries for Sarah’s Cupboard.

If your life after Wilson has found you nearby, either full-time or just passing through, this is a wonderful time to take a moment and stop in for a visit, checking first about access given the lingering impact of the pandemic. After having to cancel our on-campus reunions in 2020 and 2021, we are optimistically looking forward to 2022, when we will host a Grand Reunion to welcome back three years of reunion classes, and all alums who want to gather to celebrate Wilson. We’d love to welcome you back!

The Alumnae Association of Wilson College

was officially incorporated on October 8, 1917, but the history of the organization really began on a June evening in 1879, ten years after the founding of the College, when Miss Abby Goodsell invited a few local alumnae to her parlor for tea. They quickly formed a group called "Associate Alumnae" and crafted a constitution with a straightforward purpose: "to support the interests of the College and to maintain a spirit of fellowship among its graduates." Under the leadership of their first president, Mary Lane Wells (1874), the alumnae assessed dues of $1 per year with a $5 initiation fee and began raising money to redecorate a parlor for joint use with the College.

The first alumnae luncheon and business meetings were held at the College in 1891 with the encouragement and support of the Rev. John Edgar, president from 1883 to 1894. Realizing the potential of alumnae to help support the College, he suggested and funded the first regional alumnae luncheon, held in Philadelphia in April 1892, a gala affair at the Stratford Hotel with 80 people present. A similar function was held in Pittsburgh in 1896.

Embryonic alumnae clubs were formed and alumnae began meeting in distant areas. The Trustees added $50 to the salaries of two women faculty members in 1889 to compile accurate lists of students and alumnae. The clubs grew in number and provided a nationwide support network for the College, donating gifts, services and financial support, in a tradition that continues to this day.

The unexpected death of President Edgar in 1894 saddened the alumnae, who soon raised $650 for a Tiffany memorial window in Edgar Hall, and by 1912 the Association had raised $30,000 to establish the Edgar Chair of English. The signature window, which has been carefully restored by stained-glass artisans in Philadelphia, is displayed on the first-floor lobby of Lenfest Commons.

In 1927, the Alumnae Association lent the Trustees $20,000 to purchase a building adjacent to campus called Penn Hall (later renamed Alumnae Hall). This building served the College well as a dormitory and a classroom building until it was taken down in the late 1980s. Since the early days of the Alumnae Association, alumnae have contributed generously to the construction and renovation of virtually every building on campus. When the stately Sharpe House was renovated in 2001 as the new home of Wilson's president, alumnae donated a number of period interior furnishings.

Historically, Wilson College alumnae also have played a significant role in the recruitment of new students through individualized contacts and a variety of initiatives coordinated through the College's Office of Admissions. Regional clubs have provided scholarship assistance and opportunities for alumnae to meet prospective students and parents.

Perhaps the greatest single accomplishment of the Association occurred in less than 100 days in 1979. The devotion of Wilson College alumnae was never more evident than when the Board of Trustees, citing declining enrollment and financial difficulties, suddenly announced on February 19, 1979, that the College would close on June 30. Reacting to this announcement, the Alumnae Association Board of Directors immediately gathered pertinent information, decided to seek legal recourse and to support the already formed Save Wilson Committee. Enlisting students, faculty, friends of the College and alumnae around the world, the Save Wilson Committee gathered volumes of support material. The Association twice appealed to the Board of Trustees to reverse the decision, without success. In less than three months, the committee representing the Alumnae Association raised $1.1 million, and in Franklin County Orphan's Court, on May 25, just two days before what was to have been Wilson's last commencement, Judge John W. Keller ruled that the College could not be closed without prior approval of the court. Commencement was a celebration, a victory and a most joyous occasion. Just a few days later, 800 alumnae celebrated the preservation of the College at the 100th anniversary of the Alumnae Association in a spirit of thankfulness and jubilation.

Energized by the spirit of alumnae volunteers of 1979, the Association moved into the next decade. Alumnae strengthened their connections with Wilson students by reinstituting the Alumnae Association's undergraduate financial awards with the creation of a new loan program: The Alumnae Student Contract (TASC) was created by Dr. Marilyn Mumford (1956) who envisioned "an alumna caring for a student who would then become another alumna caring for a student in turn." Another notably successful idea was the Aunt Sarah Program, created by Carolyn Trembley Shaffer (1950) and named after the College's benefactress, Sarah Wilson, which encourages an alumna "to adopt" a student during their four years at Wilson.

Wilson women have given generously to their alma mater. Since 1979 Wilson has been among the top colleges and universities in the country in alumnae giving percentages. Alumnae contributions for capital improvements have totaled millions of dollars. In the most recent $57 million Forever More Capital Campaign, alumnae contributions were the most significant proportion. During the late 1990s and into the beginning of this century, the College's endowment has been strengthened by the generous giving of alumnae, particularly by Marguerite Brooks Lenfest (1955) and her husband Gerry, who made the largest gift ever to Wilson College and established funding programs in support of the College's innovative Women with Children Program. Through the generous bequests of Wilson alums, the College's endowment has risen to $44 million.

In an effort to recognize the myriad contributions made by Wilson College alumnae, Alumnae Association President Julia Billings Crothers (1938) proposed in 1983 that alumnae awards be established to honor outstanding achievement and service to the College. These awards are the Distinguished Alumnae Award (1983), the Ruth Redding Leitch Recruitment Award (1988), the Outstanding Young Alumnae Award (1989) and the Tift College Award (1989) for devoted service to Wilson College.

Preservation of the institutional memory of the College and the Alumnae Association owes much to the perseverance of C. Elizabeth Boyd (1933), who worked diligently to organize the College archives as a volunteer and later became the College's archivist from 1979 to 1994. In 1991, she was deservedly honored with the naming of the C. Elizabeth Boyd '33 Archival Center. Alumnae assisted Miss Boyd's efforts through the Restoration and Preservation Committee of the Alumnae Association. Following Miss Boyd's retirement as archivist in September 1994, Dr. Kay Ackerman, then assistant professor of history, was named Wilson's archivist. In 1996, Joan Hankey (1959) a member of the Restoration and Preservation Committee of the Alumnae Association, recognized the needs of the archives, and she and her family established the Wilson Archives Endowment. The endowment helped make possible the appointment of Dr. Wanda Finney as Wilson's first full-time, professional archivist in 1998, and the state-of-the-art Hankey Center was opened in 2003 as the College's permanent archives in the building that had served as the president's home from 1905 to 2001.

In past years, revenue from Wilson College Alumnae Association-sanctioned credit card provided funds to help students cover the costs of internships. In 2001, the Alumnae Association sponsored the first of many international tours designed to provide travel opportunities for alumnae and generate funds for the Association. President Betty Jane Weller Lee '57 participated in the first alumnae trip with 42 alums and friends to Italy, a trip that was marred only by news of the calamitous attack on the World Trade Center that coincided with the end of the scheduled trip. In 2004, the Alumnae Association participated in celebrations commemorating the 25th anniversary of the landmark court decision that "saved Wilson," recognizing early efforts in those critical days to ensure the College's survival.

Through more than a century of trials and triumphs, the Wilson College alumnae have emerged as a remarkable group of talented and devoted women, possessing unusual strength of character and the ability to get things done. Wilson owes a great deal to them, but the greatest gift they ask of Wilson is her continuation as a strong proponent of a liberal arts education for women who will become leaders and contributors to society. 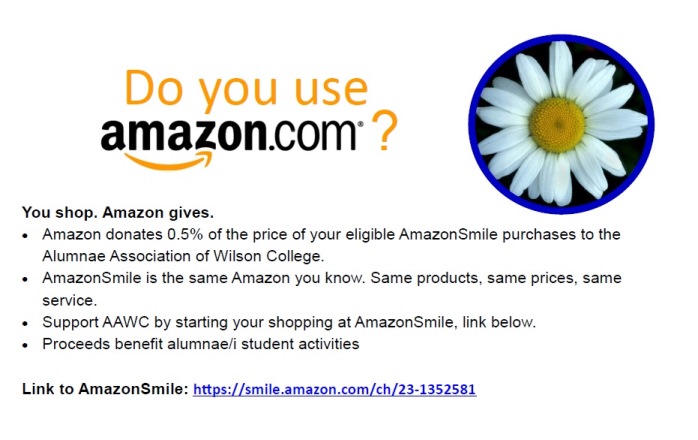 The Alumnae Association of Wilson College has created the Silver Lining Fund to help students who are experiencing a time of crisis or financial need. The fund will provide students with a limited amount of immediate cash to get through their initial crisis.

During the 2014-15 academic year, several students encountered crises that required emergency funds. These directly impacted the students’ ability to continue their education at Wilson. Out of these experiences, the idea of the Silver Lining Fund was launched by the association board during the 2015 Reunion Weekend. Learn more here.

As a way to support and foster the emotional ties and traditions of the College, Wilson alumnae and students, the program matches donated rings with current students. These legacies “ring it forward” to a new generation of Wilson alumnae. The Alumnae Association of Wilson College is grateful for these donor alumnae’s generosity. The rings’ new owners will add their Wilson stories to those of alumnae as they participate in this tradition. 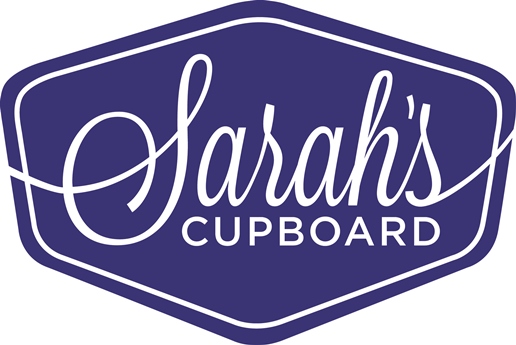 Due to COVID-19 restrictions and limited campus visitors, all food drop-offs should be coordinated with Alumni Relations.

Monetary donations may be made to Wilson College with “food pantry” in the memo line.