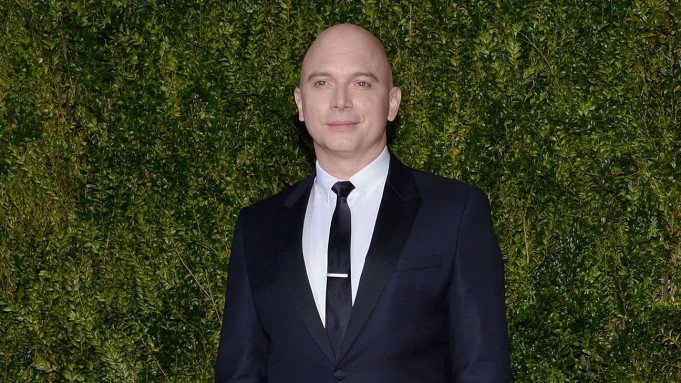 Michael Cerveris, the Tony Award and Grammy Award-winning actor and musician, will address the graduating class of 2022 at our 152nd annual commencement ceremony Sunday, May 15.

“We are delighted that Michael Cerveris could step away from his filming schedule to be with our new graduates on this pivotal day in their lives,” said Wilson president Wesley R. Fugate. “His success on stage and screen will inspire them to persevere and make their dreams come true.”

Cerveris has acted in numerous plays, television series, and films. He received Tony Awards for starring roles in the Broadway productions of “Fun Home” and “Assassins” and won a Grammy Award for the cast recording of “The Who’s Tommy.” He has also starred in “Sweeney Todd” and “Titanic,” among many stage appearances, earning an additional four Tony Award nominations in the process. His films include “Ant Man and The Wasp,” “Cirque Du Freak,” and “The Mexican.” His television appearances include Showtime’s “Billions,” David Fincher’s “Mindhunter,” Stephen Soderberg’s “Mosaic,” and “The Knick,” in addition to one of his most popular roles as The Observer on the hit series “Fringe.” He can now be seen as Watson in HBO’s new series “The Gilded Age.”

As if acting in a breathtaking number of plays, series, and films wasn’t enough, he has recorded three solo albums, toured with punk icon Bob Mould of Hüsker Dü, and has been a guest soloist with the New York Philharmonic and The National Symphony of Washington, D.C. These days, he primarily performs with his singing and writing partner Kimberly Kaye and their Americana band Loose Cattle.

When not acting or playing in the band, Cerveris raises money and brings attention to the many social and charitable causes close to his heart. For each of the last 13 years, he has participated in the M.S. Society’s Walk, raising over $160 thousand. He is an active and longtime supporter of Broadway Cares/Equity Fights AIDS, G.M.H.C., and the Actors Fund. He often performs in support of humanitarian causes, including “From Broadway With Love: A Benefit for Sandy Hook” and the “What The World Needs Now” recording and concert for the Pulse Nightclub shooting victims.

The United States Conference of Mayors and the Board of Directors of Americans For The Arts honored Cerveris in 2017 with The Citizen-Artist Award, which “recognizes artists who have made the highest contributions both in their professional artistic endeavors to advance the arts as well as in their personal charitable pursuits to improve the world.”